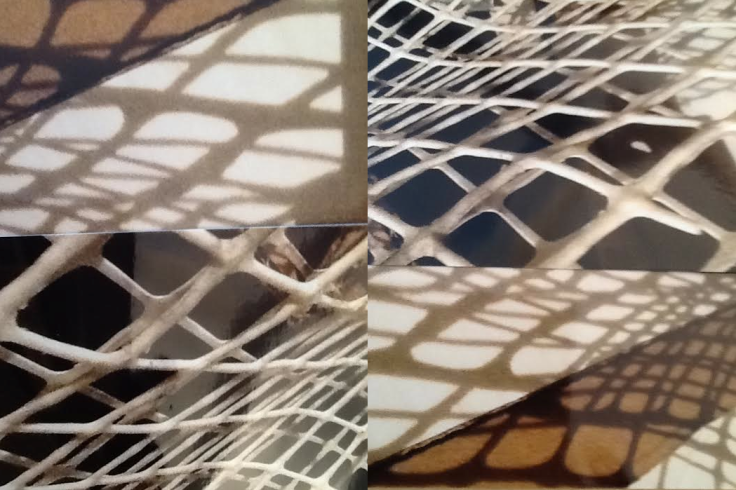 Please welcome a first-time contributor from New York City. She is an African-American woman in her sixties who suffers from depression. Her struggles began in childhood but became full-blown in her mid-twenties. It then took another twenty years before she was properly diagnosed and prescribed the medication that gives her relief. Depression prompted her to begin drawing, making collages, painting and taking photos. She also plays and composes music on the piano, which she began at the age of four. Creating in its many forms gives her focus and makes her feel good.

About this photo: “As a collage artist, I collect found objects to use in my art pieces.  I found a large piece of heavy white plastic, brought it home and put it in my foyer.  It sat there for a while and one day I saw the shadows as they appeared in a particular light and took several photos in different lighting.  I then combined the photos to make what appears here.  I printed the originals, connected them and then reshot them to become one photo.  The street object became transformed with photography.  When I first began photography it was very scary to take my camera outside where I could be seen, put my camera up and shoot.   Similarly I felt exposed the first few times I picked up something from the ground.  I believe that being creative and following your intuition, or your muse, is an act of courage and leads to transformation and inspiration for oneself and others.“

16 thoughts on “Seeing Is Believing”