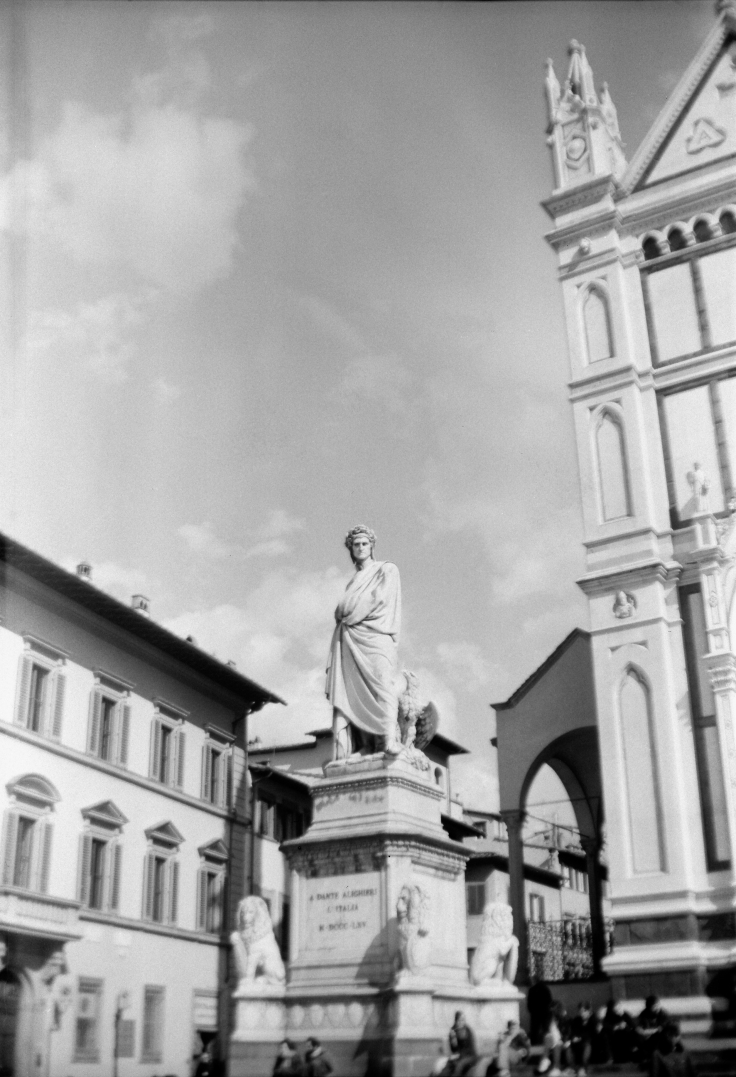 Photo taken by DeeDee, a woman in her mid-thirties from upstate New York who struggles with bipolar disorder and ADD. As is often the case with bipolar, her life has many ups and downs and can feel like a daily roller coaster. She enjoys photography, especially experimenting with different cameras and film.

About this photo: “The sheer confidence of the pose of Cosimo de Medici in this statue, located outside of the Duomo in Florence, Italy, reminds me of the bold confidence of mania. The defiant superiority, utter certainty, and power radiated by the figure speak to the manic mindset of grandiosity. The blurred corners and careening angle of the Duomo, visual distortions from using an old box camera, seem to threaten Cosimo’s stance and reflect the unreality of the exhilaration of euphoric mania.

By contrast, on darker days, the departure of all semblance of confidence makes me feel justified in being as isolated as a statue, all but ignored by the bustling people in a crowded city square. This wild variability in my very ability to believe in myself was utterly confusing in the years leading up to my bipolar diagnosis. How could these feelings of obvious superiority and casual, natural confidence co-exist with the sense of worthlessness, certainty of failure, and fear of hope?

Image made with a 1930’s vintage Kodak box camera, which has since been retired due to damage from use.”